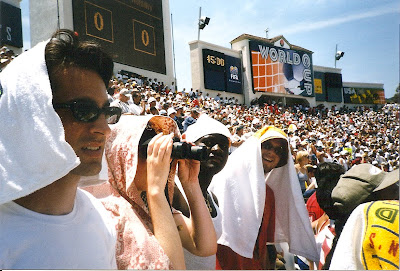 Some sporting events mean more than others. We’re a week removed from Japan’s “heal a nation” upset win over the USA in the Women’s World Cup. Much of the conversation around the game compared the American “girls of ’11” with the famed “girls of ’99,” who — by the way — won their gold medal in penalty kicks medal after 120 minutes of a scoreless game against a (slightly more threatening) China team.

I happened to be there — at the biggest, most important women’s sporting event of all time. A sold-out Rose Bowl, a captivated nation, and President Bill Clinton eating chili dogs in the press box.

Here are a few photos. Note: the last one is the moment the Americans one, taken — if you squint — a moment before Brandi Chastain tears off her jersey. 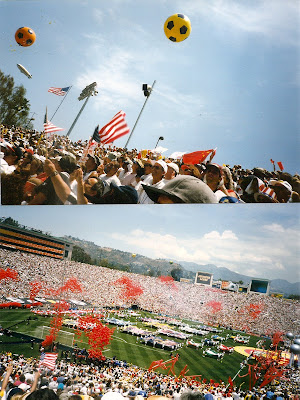 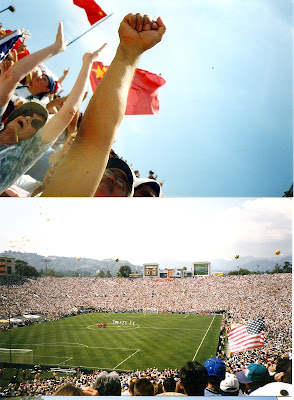