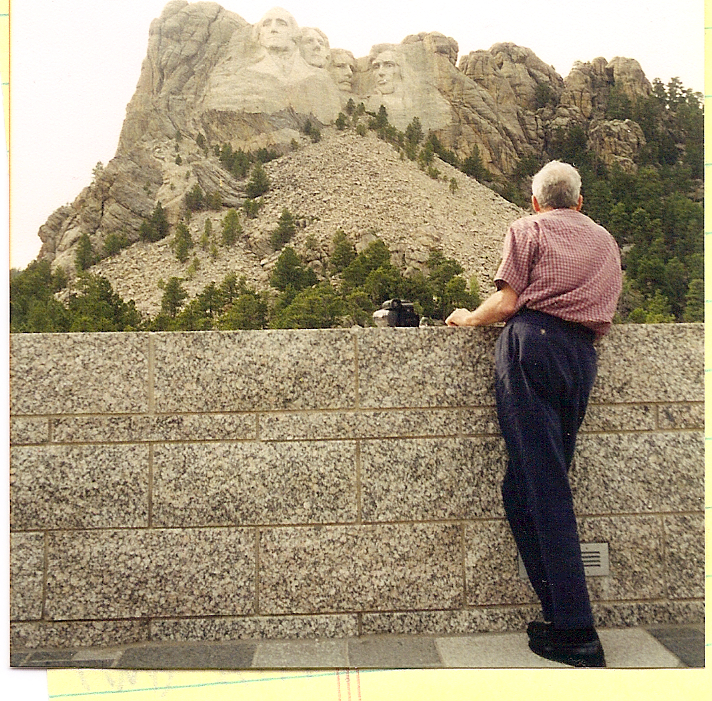 Last year, on the 10th anniversary of my dad’s death, I wrote about taking my dad to one his ‘bucket list’ destinations — before that term was in use: the Black Hills of South Dakota. As I wrote last April:

Lonely Planet sent me on a research trip around the Great Plains, and I cajoled him away from work for a few days of South Dakota roadtripping. I drove the whole way, letting him soak in scenery he’d never expected to see and always wanted to. I purposely approached Mt Rushmore the back way, weaving through the stunning Needle Highway, until we reached, suddenly, a full frontal view of four US presidents in stone. ‘Oh!,’ he said by impulse. Usually one who remained dryly hilarious about everything he did, I’ll never forget this unguarded reaction of joy. Somewhere video exists of the trip, but I’ve still not had the heart to watch it.

Today I found some photos of that day, so thought I’d pop them on here. The point is, take family on meaningful, even short, trips while you can. I only regret we didn’t pose for the hokey black-and-white portraits in Gold Rush attire in Deadwood. But I’ll take this.