Why you should always pack gifts 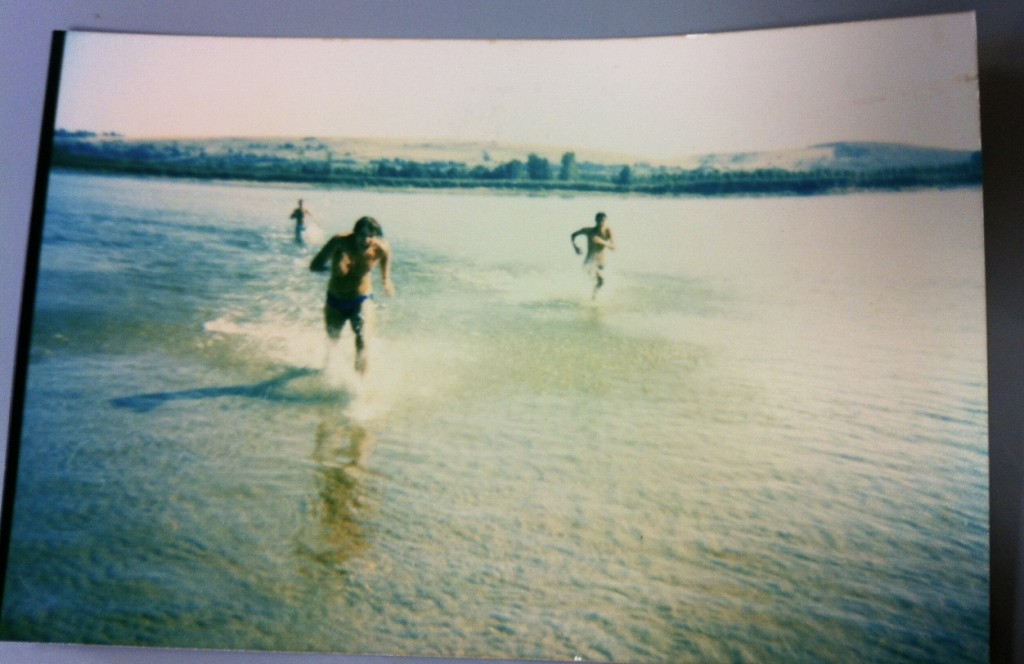 Here they come! Bulgarians running in state-made Speedos in the communist age. Out of the Danube, and out of an early ’80s techni-color print, at you! They’re happy to see you. And they want you to be happy too. Preferably in the Danube.

I love this photo. For its simultaneous sense of summer joy and aching nostalgia.  A family in Vidin, Bulgaria gave it to me on my first stop on my first Bulgaria research trip for Lonely Planet in the fall of 2003. After asking for bus times at the Vidin bus “station,” I got invited to stay with the family of the ticket seller, a sharp guy in his 30s with, I think, a future way beyond Vidin. His family were delighted to have a New Yorker staying. They set out family albums to browse through and took me out to a bar called New York City Club, I believe it was. When Frank Sinatra’s “New York, New York” hit the speakers, the 20-something brother grew teary eyed. “This song is for you.”

Eventually the conversation, later in the night, turned to the Danube, which flows by the city of Bulgaria’s underrated “little thorn” in the northwest. I mentioned I had never touched it. It was 2am at least, and the brothers immediately led me through the empty city, over iron plank walkways which double as barriers during floods. We reached a spot on the muddy bank where I could get to the water’s edge and poke a finger into the cold water. They watched me perform the rite with respectful silence.

The next morning the family gave me two gifts. A soccer pin from the father’s old team and this photo, capturing a Danube experience from a distant time.

And this is why we should always have a few potential gifts available when we travel.