How to end “table-butting” for good 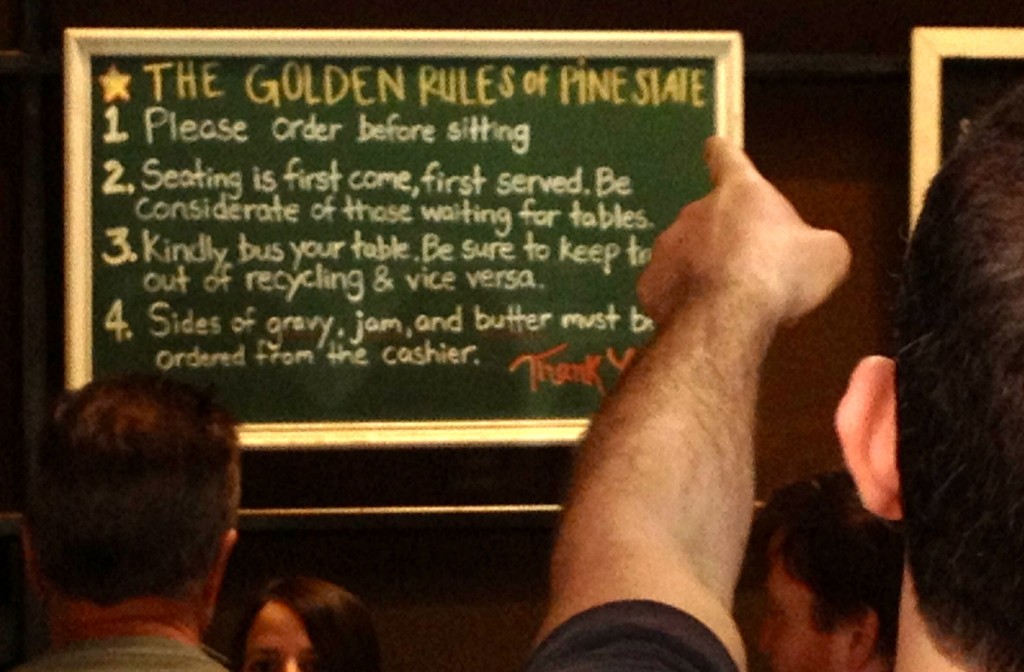 Adults can be such children. If you don’t believe me, watch them.

Go to a cafe in a busy city like New York — the Starbucks at the northwest corner of Union Square will do. There is always a line there, and few if any empty seats at communal or private tables.

Guy comes in, drops a copy of the New York Times and a laptop-free bag on a last available seat, then gets behind seven other people in line who now have no hope to sit. He acts as if he’s played no part in their sudden demotion. The victims give sullen nods as the table-butter feigns interest with his cellphone.  He can tell you’re watching him by now. Down deep, like a naughty kid dodging guilt, he knows what he did is wrong. His decision means at least one person who arrived before him won’t be able to sit. He know this. And he knows you know this. It’s all very awkward.

We wouldn’t think of table-butting at restaurants or cutting in at a line at banks or gas stations. Why do we at cafes? 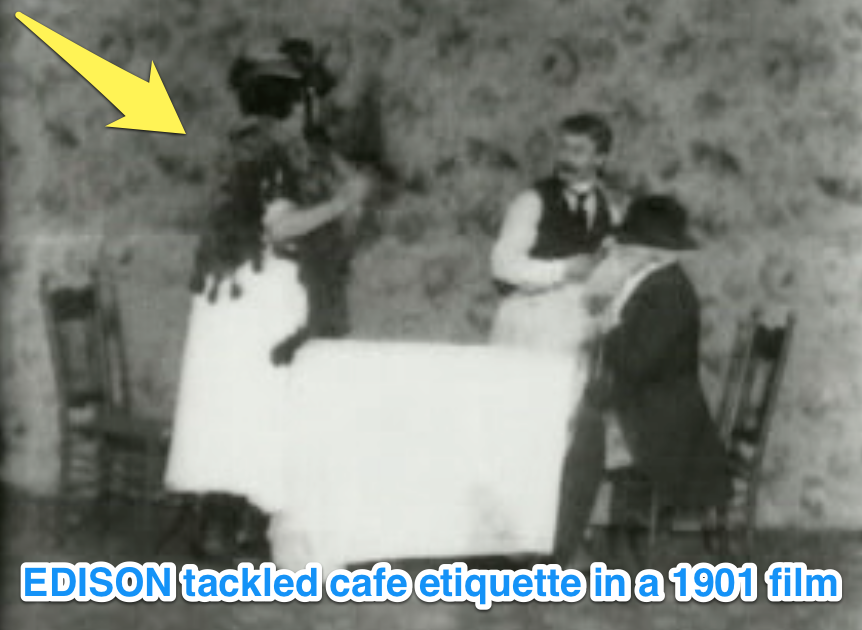 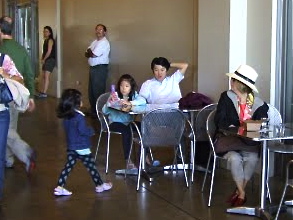 I decided to take the problem of cafe-etiquette into my own hands a few years ago when a family (right) in San Francisco arrived at a busy cafe, saw it was busy, so promptly used the “split into groups” technique to seize the last table.

Standing in line with my six-month-old daughter, I whispered to her “what a bunch of a**holes,” but said nothing to the offenders* themselves. Instead I vowed to report every  #tablebutting offender on Twitter. And have for three years.

But it hasn’t helped.

MEET THE PANEL
Like they say, when you can’t fix something yourself, make a panel. So I recently invited an etiquette expert, a MIT legend and an anarchist to contribute to a “panel” discussion on table-butting.

And the discussion begins.

1. The Etiquette Expert
I started with Thomas Farley, aka @MisterManners, on Twitter. He responded:

I’m disappointed by this response. I mentioned it penalizes solo cafe-goers in particular, and he responded:

Seems a tad too utopian to me, but oh well. He added:

Summary: MisterManners seems nice, but he puts the burden of a “policy” away from manner-seeking customers but on the cafe themselves. In my experience, such cases (like Portland, Oregon’s Pine Street Biscuits‘ “golden rules,” shown above) are very rare.

Next up I queried John Little, the MIT professor best known for his proof of the queuing formula L = λW. Mr Little suggested to me via email that “the restaurant [sic] might give a patron a number upon entry” as well as a “heavy object” with the number so you could mark your spot and immediately sit. He added, “Some unethical people would move the table holder, but most probably wouldn’t.”

Worth of note is Mr Little’s wording:

Meanwhile, another MIT professor linked me with Alan Bäcker, the founder of QLess, which creates apps to allow ordering from tables.

After sort of trying to sell me a customized app, Mr Bäcker wrote, “There is indeed a solution, and it involves liberating those in the queue from having to stand in line.” (I do like the sound of this.) Then he continued, “The way to free them is to digitize the queue… letting patrons join a virtual, mobile queue from their cell phones. You can then leave the tables to first-come first-serve.”

I recently had this experience at the Crust restaurant at New York’s LaGuardia’s Delta terminal. Each table had its own iPad. You sit yourself down, thumb through options, and place your own order (though a “waitress” had to help me when I hadn’t pressed a final confirmation button). It was fine. But I tipped less than 20% considering I did more of the work than usual.

Summary: Like MisterManners, the MIT guys put the burden of table-butting on businesses themselves, though have harsher feelings to those milking the system for personal benefit. 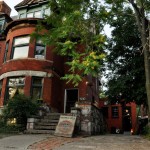 Last I emailed “Mikey” at Trumbullplex, which bills itself as “Detroit’s sexiest anarchist collective” on its website, to see if a world with fewer rules might have the answer.

His response — clearly the most thought-out of the panelists — centered around various Marxist doctrines, including that “property is theft” and how “mutual aid” required to solve this problem can only happen “once we abolish capitalism.” In that scenario “humans would be likely to spontaneously create system of table sitting based on mutual aid and solidarity.”

Mikey feels the common practice of “owning” a table, be it before/after you’ve ordered, is a “frustration” and “one of the worst cases of theft we encounter in our day-to-day lives.” (I love his wording.)

Apparently there are no such frustrations at Trumbullplex: 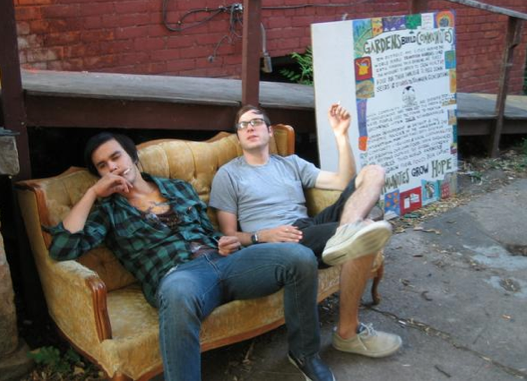 Summary: Anarchists see table-butting as an outright “theft.” Though tend to believe a solution can only come with a drastic change in our economic system.

MY CONCLUSION
We need to stop talking with etiquette experts, MIT scientists and anarchists to decide how to responsibly visit a cafe. It’s simply up to those of us who get it to tenderly assist those who slyly treat cafe queuing systems as me-first land-run grabs.

What to do?
Do this:

3. When someone table-butts, don’t preach or get mad. Simply write out a “table-butting manner bill” and hand it to them silently with a pleasant nod. Then just walk away. Here’s an example of one I pre-write with a blank spot to fill in the numbers of people who got “burned” in line. 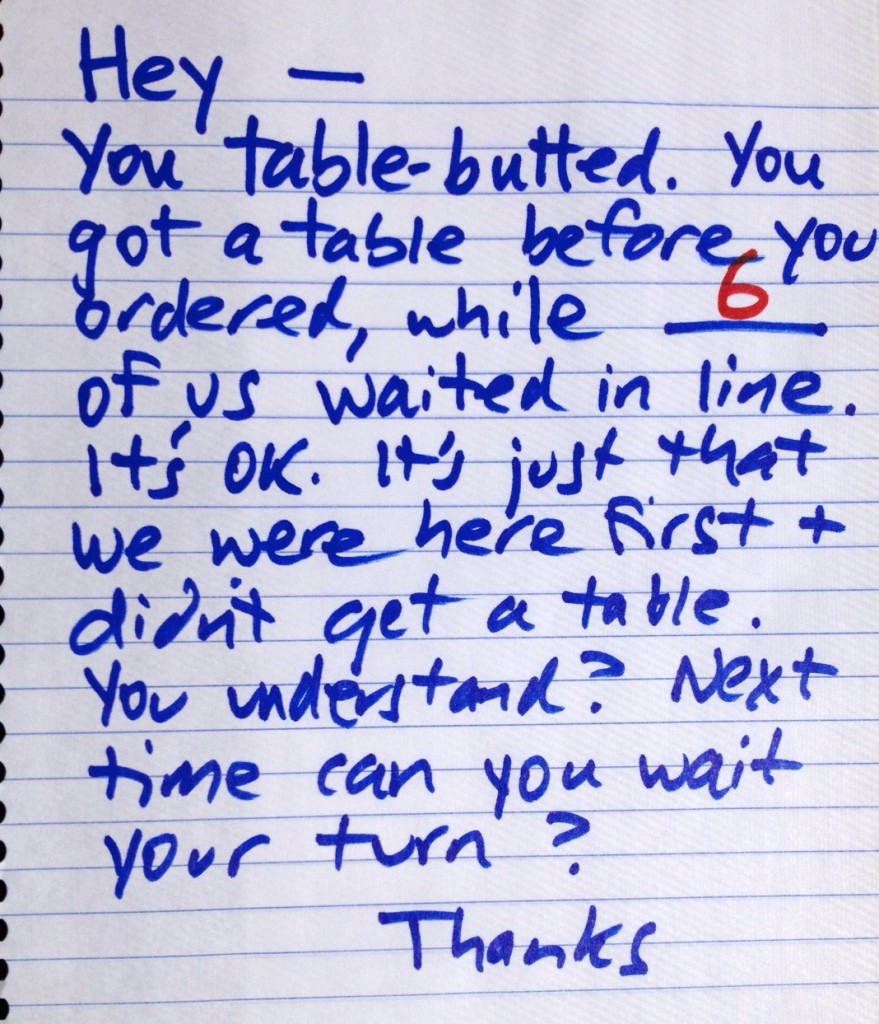 4. Then, when they’re not looking, take a photo of the offender and report them at #tablebutting on Twitter.

* I grew up in the Central Time Zone

2 Responses to How to end “table-butting” for good