RIGHT PANTS 003: Did you know the first recorded pie was found in King Rama II’s tomb from ancient Egypt? Or that Romans made a pie called “The Placenta”? The English, meanly, added songbirds to the recipe.

And the first pie-in-the-face gag dates from the 1909 film “Mr Flip,” a four-minute short made in Chicago. (It’s easy to miss the pie shot; it’s in the last few seconds and barely visible.)

Pie is on my mind as I continue my efforts to like food more, and wonder if pie could be the new sandwich?

Here I am asking Brooklyn the question “what is a sandwich?” 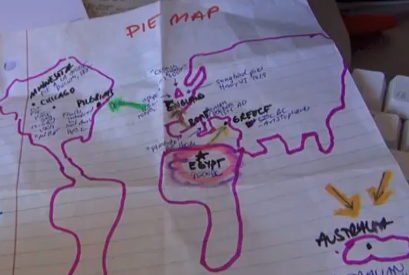