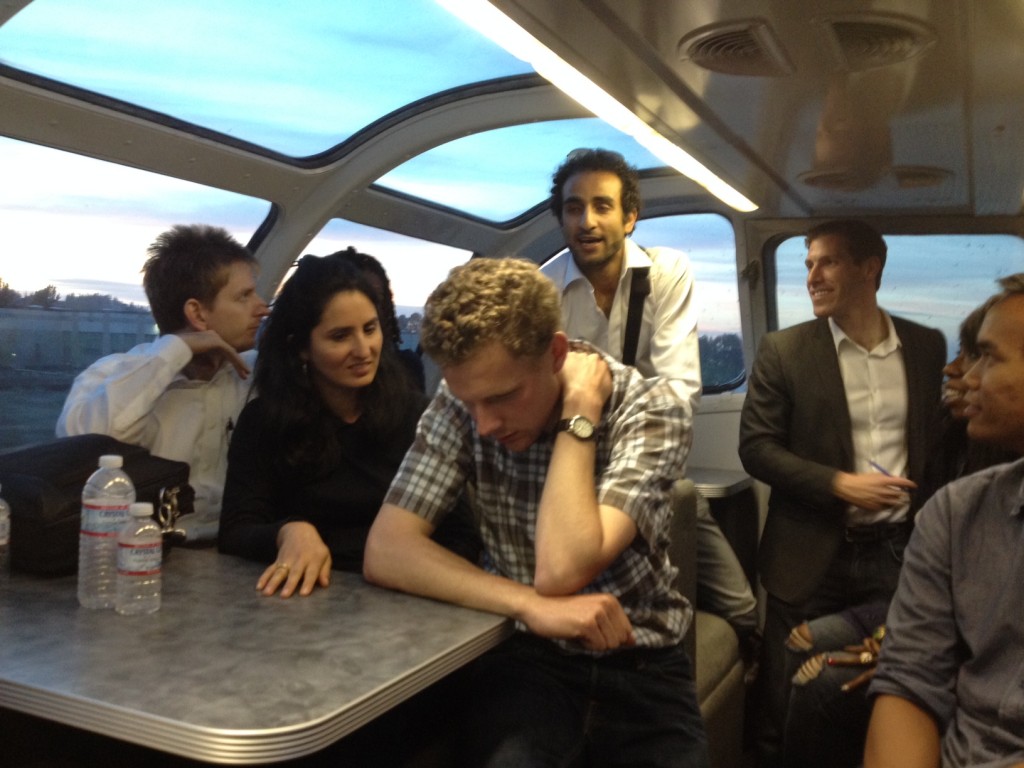 Travel used to be about going to see things – look kids, it’s Big Ben – then increasingly became about going to do things. Like taking a drawing course to draw Big Ben.  Next, I think, travel will be about making things.

This is sort of hard to explain.

It comes when we start to use trips to find answers (and create flowcharts) on self-appointed quests we are naturally drawn to. Destinations themselves become more arbitrary. More important is following some sort of filter on the ground, which ultimately can deepen a traveler’s interaction with the places they go. Whether it’s serious (data for perceptions of climate change) or less so (moustache data of Siberia), an element of “fun” is crucial in its success.

This idea has gradually come to me after years as a travel writer. Many consider being one a “dream job,” something like being “paid to go on vacation.” The reality, as any travel writer can honestly attest, is something different. Instead of sitting on a beach (or seeing Greek columns at the Met), we chase stories and talk with all sorts of people and write down bus times or prices, and skip dinners or lunches while we track false leads, but often end up with bar broader understanding of place than your average visitor could dream of.

This can be replicated by anyone on a trip.

Of course, some people are already doing this. Like the young entrepreneurs I met this week aboard the Millennial Trains Project. Last year, I rode on its inaugural 10-day ride — from San Francisco to Washington, DC — with an engaged group of “millennials” taking various projects on the road and meeting with artists and DIY renegade businessfolk in places like Omaha and Pittsburgh. (Here’s my article on the experience, along with a fake Johnny Cash song on trains I made.)

The train is now back for round two, going from Portland to New York. And I had the unique chance to spend a day aboard again, this time — of all things — as a “mentor” (definitely a first for me). Under the glass of a private car’s observatory deck in the Seattle rail yards, I led a discussion about “authentic travel” — and why it’s not the right word to seek. It was fun.

I didn’t meet all participants, but a few really stood out for me. For one, I’ll be following Jenny Gottstein’s engaging idea, of teaching disaster preparation with practice runs of a “Zombie Apocalypse.” Already she’s staged this as a game, with participants using Nerf guns to repel (actor) zombie attacks on the streets of San Francisco. The point is serious. And the fun of the game is merely a way to get people to learn actual disaster skills, like managing burns and planning evacuation routes.

“Do you know what the best vehicle is to have in a zombie apocalypse?,” Jenny dryly asked me. “It’s not a car, but a bicycle.” No need for fuel. I’ll remember that.

Another project I’m particularly keen to seen play out is Acacia Olson’s EmbRace Healing, Olson laments that half a century after the Civil Rights march in DC, the USA remains racially divided. Talking aboard the train, Olson sadly nodded in agreement when I asked if she felt, as I have, that one of the only places where you see much conversation about racism today is ESPN.

On her cross-country trip, Olson will prompt forums of discussion on race, racism and healing in Native American communities in Montana and Milwaukee, home to not only bad bad hipster beer  and the fake “Happy Days” gang, but the virtual American Black Holocaust Museum, which sadly closed its on-site location a few years ago.

I think Olson’s project is a perfect, and promising, example of a “new travel.” And I can’t wait to see what she, and Gottstein, and the whole grew come up with on that eastward ride to New York.