Travel’s great. But not everything that happens in travel is worth an “ooh-ahh” or a pat on the back. This space is for VIOLATORS in our collective progress in striving to enjoy the world.

Meet-and-greet with the TRAVEL JAIL INMATES!*

t’s time for us to get over this whole “tourist/traveler” debate. Instead let’s just draw a simple line between fudge and non-fudge destinations.

Wherever you go, if you see a “fudge” shop, then you’re in the fudge zone: a culture-free commercial zone created to rid visitors of money via chains and cheap toys made in China. And, for some reason, fudge.

Seriously, does anyone even buy fudge at home? If you do, and actually need it during your weekend trip to San Francisco, so be it. You’re a fudge vacationeer — and perfectly free to be one. But the fudge itself? It’s in Travel Jail.

First, the shoe bomber is not my dad, Richard H Reid. Nor is it me, Robert E Reid. (Incidentally it’s amazing how many people confuse the names “Richard” and “Robert.” It’s sort of the Colombia/Columbia or Bucharest/Budapest of first names.)

Anyway, the actual shoe-bombing Richard C Reid is definitely in Travel Jail for tricking TSA to require adults to take off shoes off at airports for YEARS. Seriously, if we have to show our “junk” at security checks, then let’s let it hang with OUR SHOES ON.

Whoever is designing all those awful t-shirts you see at airport shops should have at least one arm surgically removed. The whole situation is a mess. Cutting back on all the hot pinks and aqua greens might be a start. Adding actual design, or a font, is a next step.

Meanwhile, the airport vendors, who actually buy and stock these shirts, are also in Travel Jail.

It’s great if you’ve been to 124 countries! Just super. But if you’re not telling us something about any of them, then you’re essentially a data entry clerk of the world, collecting stamps for a passport and to share for Facebook “likes.”

So, before you decide to race around the world, take a couple overnight flights, sleep in airports, just to claim an elusive West African country, then not say a word about the place, consider another option: actually traveling.

Travel shouldn’t be a race or a contest. It’s possible to spend a full travel life in just the USA and Mexico with no lost sense of wonder. It’s like Shakespeare and his pencil. He only had one. But look at what he did with it.

A “wrong way to travel”

Speaking of debates — and fudge — we take travel too seriously at times. Last year, Ilan Stavans and Joshua Ellison went off on how travel needs to restore some sort of higher purpose, “reclaiming it” from tourist kitsch and a “sterilized version of history.” 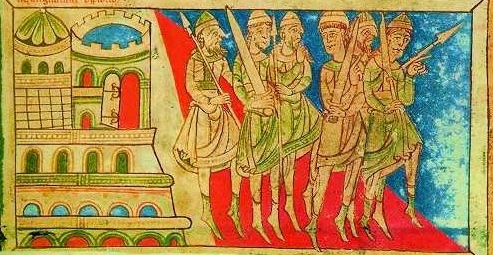 The article, which won many fans from its New York Times audience, essentially serves as a rebuke of people with only two weeks of vacation daring to go on a cruise. It didn’t note, however, that original “holy seekers” certainly weren’t “responsible travelers” by today’s standards. In fact, most were really bad at travel.

(Note how a 12th-century guidebook to the Camino de Santiago describes locals in Gascony. It warns: “And the people? Fast-talking, obnoxious, and sex-crazed, they are overfed, poorly-dressed drunks.” Maybe it was just a bitter travel writer….)

When NPR invited Stavans on to discuss the piece (I somehow got roped in too), the best call-in was from a guy in Tennessee who didn’t have the means to spend months crossing South America, as other callers talked of. Instead he found something exotic to him near home to do: fishing. Stavans didn’t have much to say about it, and I doubt a fishing daytrip was what he had in mind as a higher form of travel.

But that guy from Tennessee, fumbling with a fishing pole? Yeah, he kinda wins. 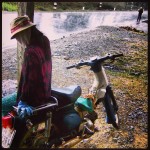 Matt, you’re a nice guy. I like you. But you, as a “travel expert” with a book on how to travel cheap, get a Travel Jail card for (essentially) banning Vietnam based on a lone visit – yet still having the quả bóng to create a “destination guide” for the country.

Dismissing a thing like a country of 88 million people based on a breezy visit of Vietnam’s clingy tourist ghettos simply doesn’t make sense. Or calling a local a “bad person” because they were overcharging you for lemonade. Walk away.

Sure, it’s OK to like some places more than others. That’s not what this is about. Being good at travel teaches us against making generalized conclusions or statements, either damning or glowing, based on a lone experience or two (eg “New Yorkers are rude”). 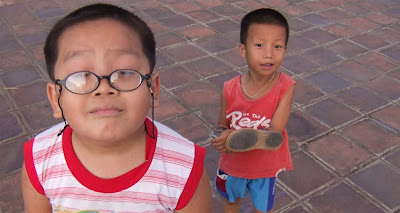 Like it or not, Vietnam is a great place. Go a block or two from where you were hassled, and you’ll see.

Avoid Vietnam if you must. For life even!?! Seriously, you’re the only one missing out.

Here’s a piece I wrote for Transition Abroad on how to dislike a destination.

Wearing sandals and shorts on flights

If you see someone who does this in all but a 20-minute flight between Caribbean islands, please inform that person that they are now in Travel Jail.

People who table-butt in cafes 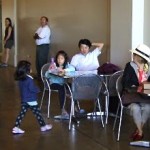 When we go to a restaurant, we don’t walk past a greeter, plop a bag on a table, then get back into line to point out, with a satisfied nod, the existence of our land-rush-grab. Cafes shouldn’t be different, yet table-butters regularly claim tables before ordering. It’s rude. They know it’s wrong. They act like we don’t see them butting, but they know we’re watching.

Not long ago I asked an etiquette expert, a mathematician and an anarchist for help, but a clear solution remains elusive. Until then, report butters via #tablebutting on Twitter.

“Not in the guidebook,” when it is 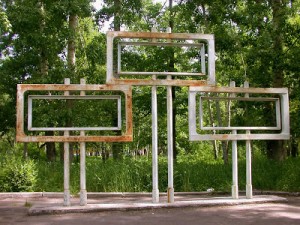 Pretty much any time a travel magazine, or participants of a travel chat, boast of some discovery as something you “won’t find in any guidebook,” it’s always in a guidebook. That’s sort of a rule by now.

Yet somehow, while we’ve been searching for the next Prague (and as guidebooks started losing more and more money), “not in a guidebook” has become the new code for “off-the-beaten-track.”

It’s sad. And lazy too. Particularly as, I believe, very very few people actually know how to use a guidebook. Here’s how. 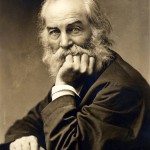 Whitman, Whitman, Whitman!! We get it. The long-haired writer could pen a memorable phrase on the ways of the road. But we must stop quoting him. At least for a full year.

Whitman quotes are all over travel. Seriously, this book is interesting, but it has three Whitman quotes in its two quick introductory chapters, and nine total for the book. Uncle!

“I want to be a travel writer because I love travel.”

I can’t count the number of times I’ve heard this. Everyone loves travel. (Though I hear recent reports of a certain Ferguson near Cincinnati who doesn’t. I guess nothing gold can stay…)

So if you want to be a travel writer, great. Try to love writing too. In the end, most travel writers will say they don’t write to travel, but travel to write. (Then they whine about not being paid for it.)

Most travel shows feature a “host” who talks to the camera, his body — and it’s always a guy — slightly arched, arms jutting out like a Texan, as a teethy mouth barks enthusiasm of how “AWESOME” a place is, with all the subtlety of a cock-punch. This is bulldozing. It’s exclamation point travel!

And, the Travel Jail is here to say, no, actually IT’S NOT AWESOME!

They’re in Travel Jail too.

But not typos. [Several corrections made in this post.]

* Inmates of Travel Jail serve undisclosed sentence periods. There is no appeal. Inmates will simply be released when it seems a proper period has been served. We do accept suggestions for new inmates — have any?