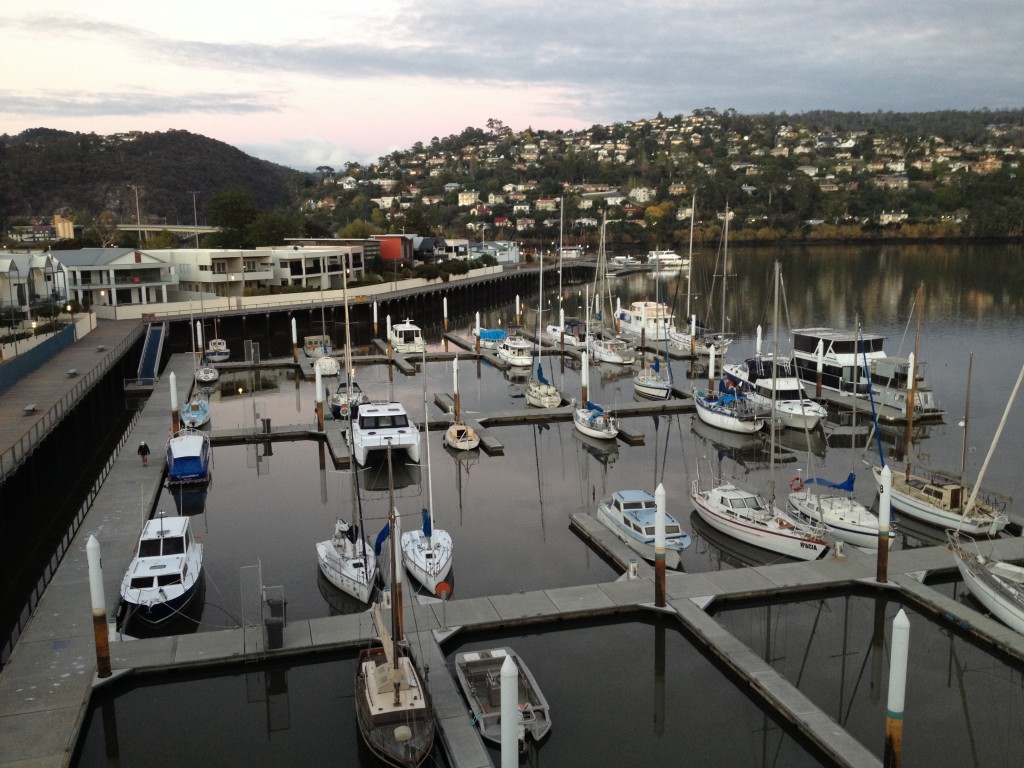 Most people know by now of the Tasmanian capital, Hobart — a port town on the island’s southern coast and home to MONA, a “game-changing” art museum reached by ferry. What about Tasmania’s other city, its rival to the north Launceston?

Recently I had a day there, en route to the six-day Overland Track (featured in the 76-Second Travel Show), and found Launceston can hold its own. Here are five reasons why: 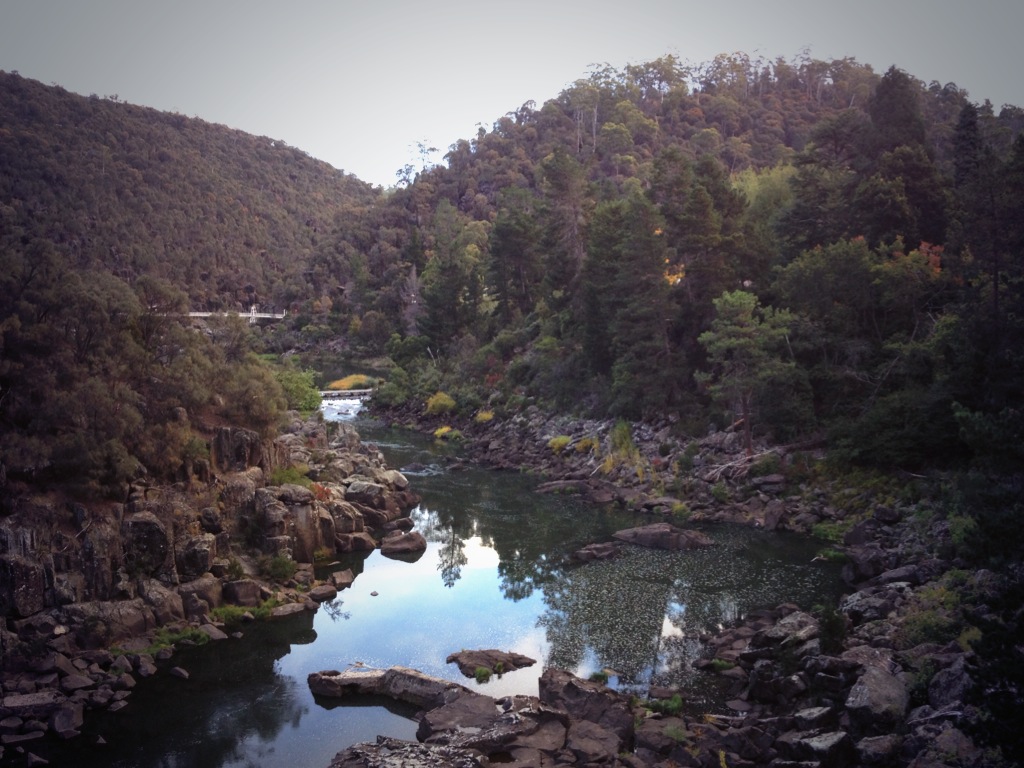 Every city should have a gorge like this. The short walk along the South Esk River begins a block from the center, and soon any sign of the city is gone. On my walk before dusk, I mostly had the path to myself but for a couple joggers and one stern-looking, severely mulleted climber pondering a rock in Spandex. 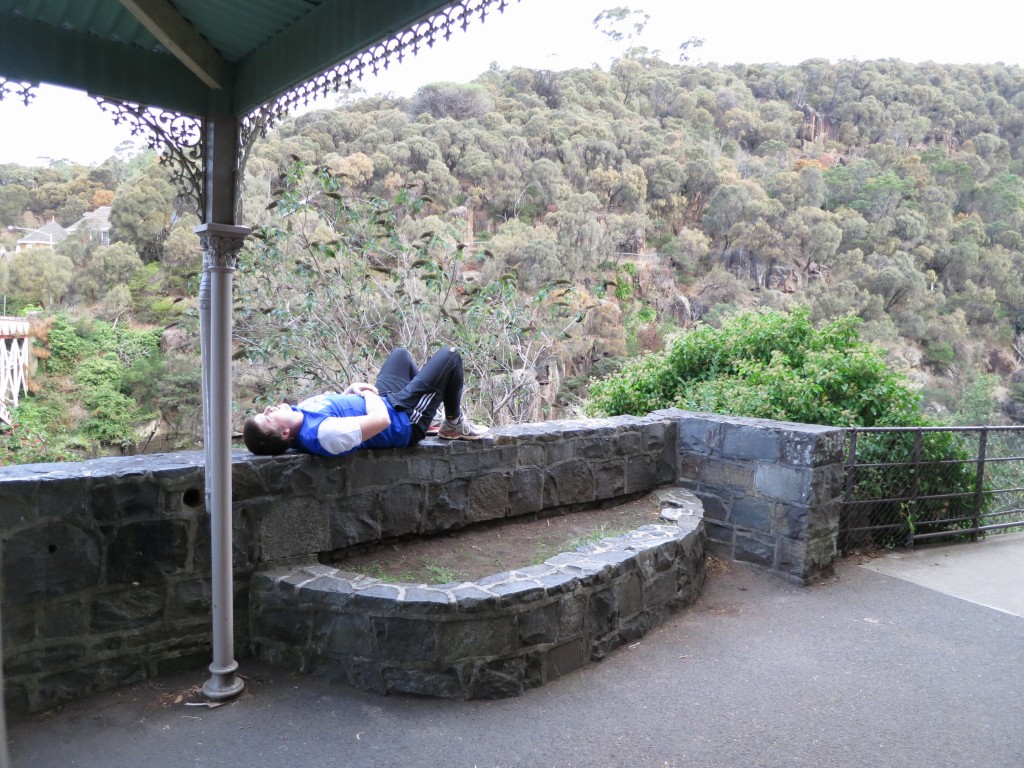 Besides views, you’re rewarded with (apparently) the world’s longest single-span chairlift — or you can cross by the swinging Alexandra Suspension Bridge, as I did. A few snacky peacocks will find you around the pure-Victorian tea garden, where a few wallabies pop out at dusk too. 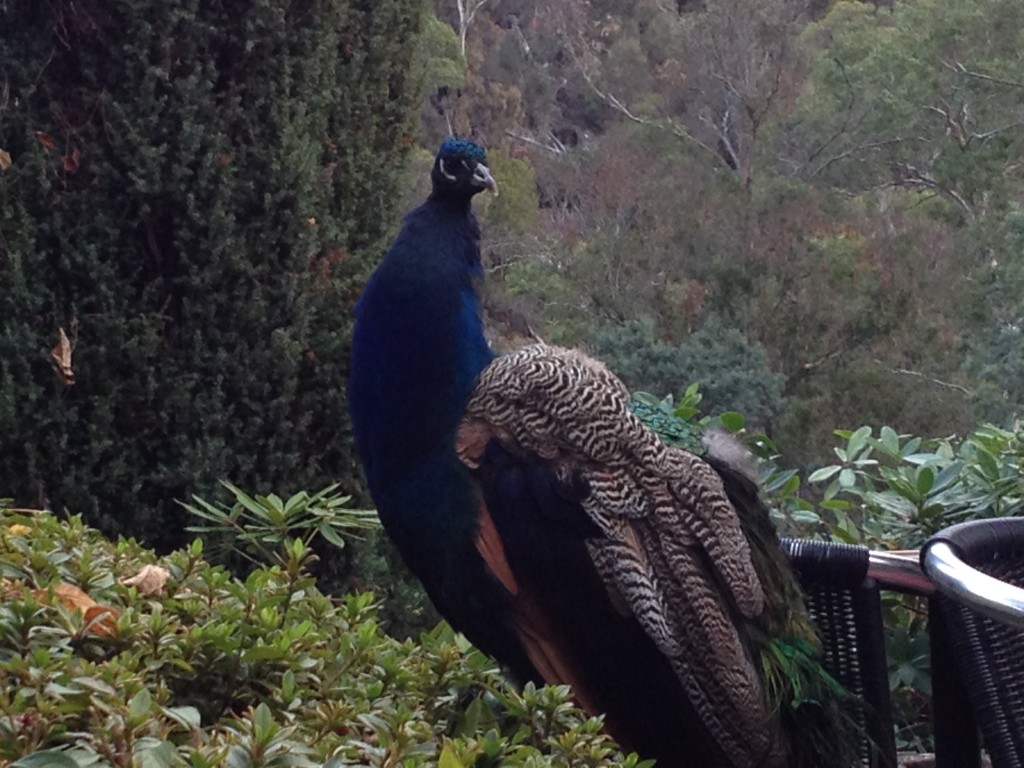 According to a fascinating essay on “China in the Tasmanian imaginary” by Cassandra Pybus, the gorge path was funded, of all things, by a Chinese Carnival in 1891, which sprung from a budding (mostly male) Chinese community of miners working nearby. That’s kind of neat.

The 19th-century church on the west end of City Park has surprising interiors. Since 1991, the historic building has been home to the sleek modern studio/museum of the Design Tasmania Centre. Past the ArtBike racks – where you can freely borrow the newly launched public-use bikes – you enter a two-part a workshop/museum that’s host to fine furnishings that use a modern, stainless-steel sensibility, but with wood. I liked it.

Rye Dunsmuir (below) runs the place; he came to Tasmania from Victoria to study design. He told me, “They forced me to work with wood – and now I love it.” 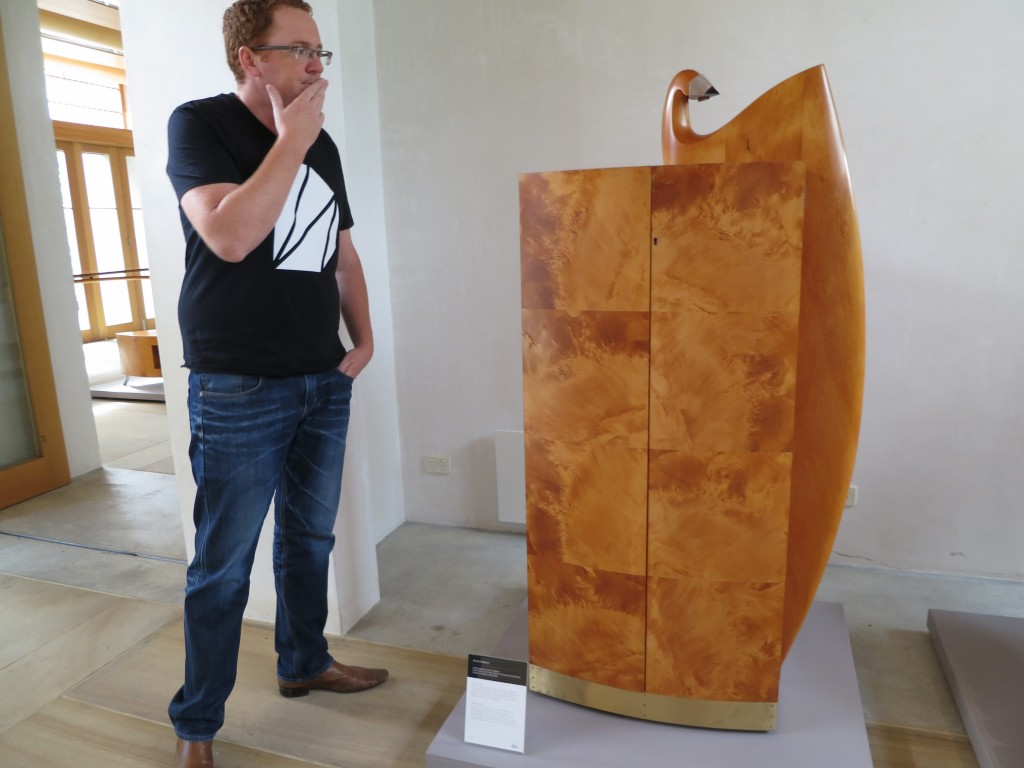 The shop can get a little dear for my meager means, but I’m happy to say I will no longer be using two random spoons to serve my salad. (Instead of another t-shirt, I picked up the $40 salad hands, made of buttery Tasmanian Huon pine.)

I’m not the biggest food fan in the world. Sure, I eat it. But usually my focus in travel is on  other things. But I heard of the reputation of Launceston’s Stillwater — which occupies a classic flour mill from the 1830s on the water — before I ventured off the mainland. And it’s justified: the food is very very good, the best meal I had in three weeks of Australia. I had some blue-eyed cod and the most-fun dish I’ve ever heard of: a big rye waffle covered in avocado, smoked salmon and soft poached eggs.

4. Dressing up as beer tourist

To be honest, I’m not a big fan of brewery tours. They usually smell weird, the “tour” is just a quick looksy of tubs and passing bottles. Usually I’d rather just sit and drink. But the tour at Boag’s was unique. The guide couldn’t have loved her job more. And we got to have a lot of beer at the end, along with local cheese. Plus, we got to dress like we were touring Chernobyl — with neon vests and goggles on. 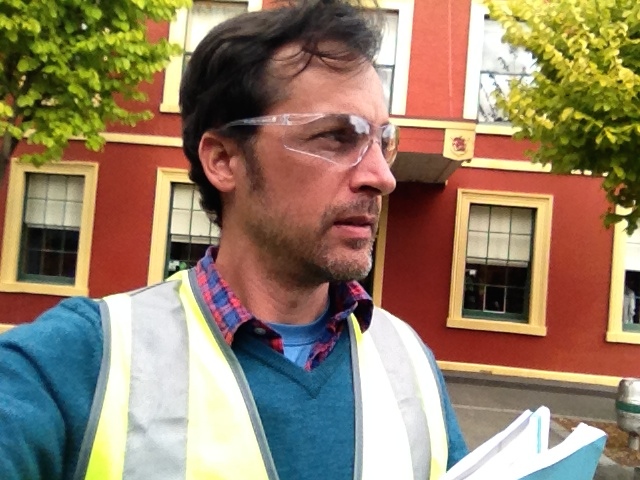 Incidentally, beer used to be big business in Launceston, with 10 breweries in a town of 20,000 in the 1880s. And Boag’s is the only survivor. 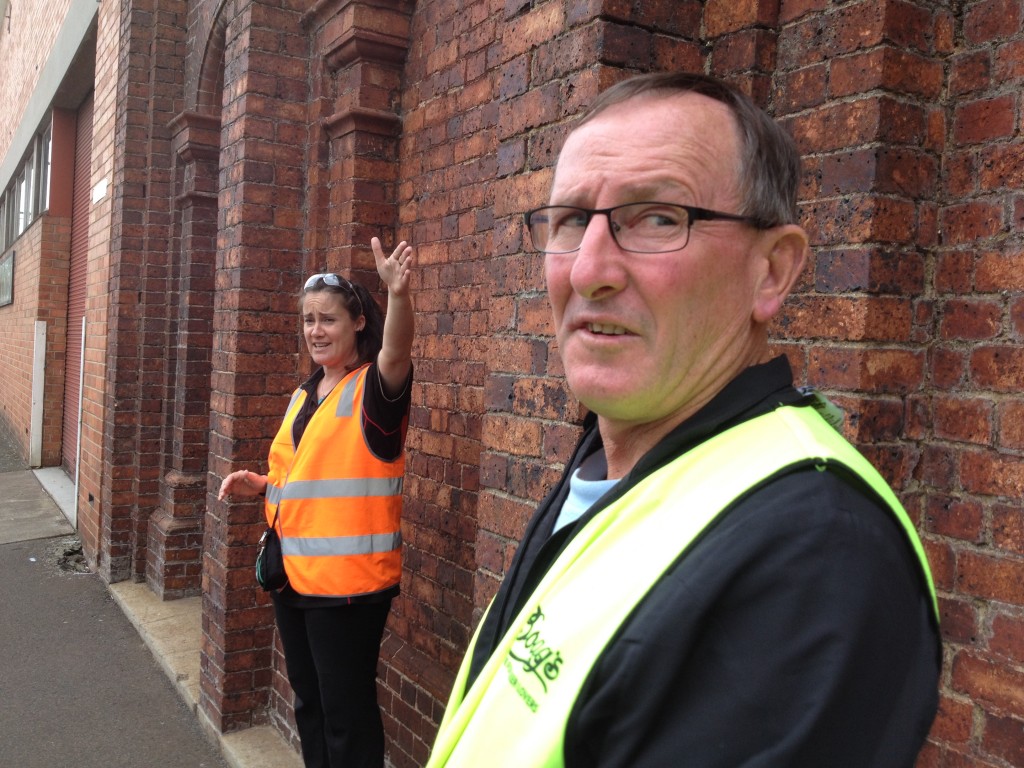 It’s not really fair anymore — the wondrous things Australia has: LIKE A HEN THAT RUNS 50KM/HOUR! Despite its hilarious bursts of quickness, I managed to catch a Tasmanian Native Hen, found only here. Well, with the fuzzy photo below. Somehow I feel like the hen won. 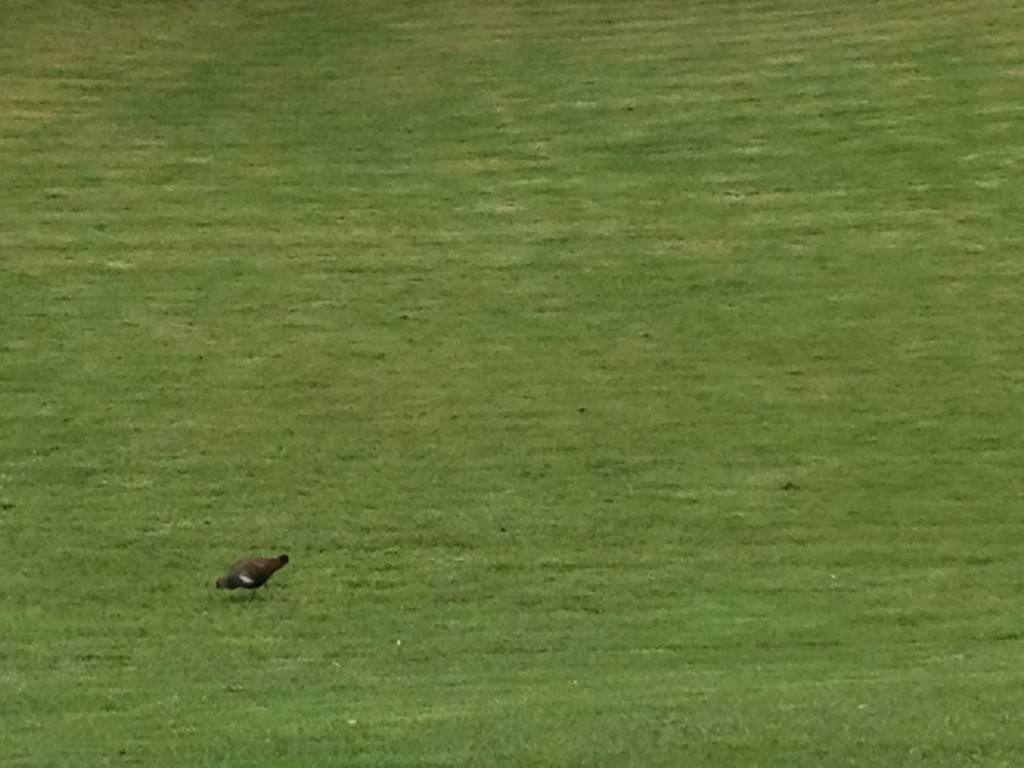 Note: I visited Australia as part of my role as correspondent with Tourism Australia.

2 Responses to Launceston: Tasmania’s other city